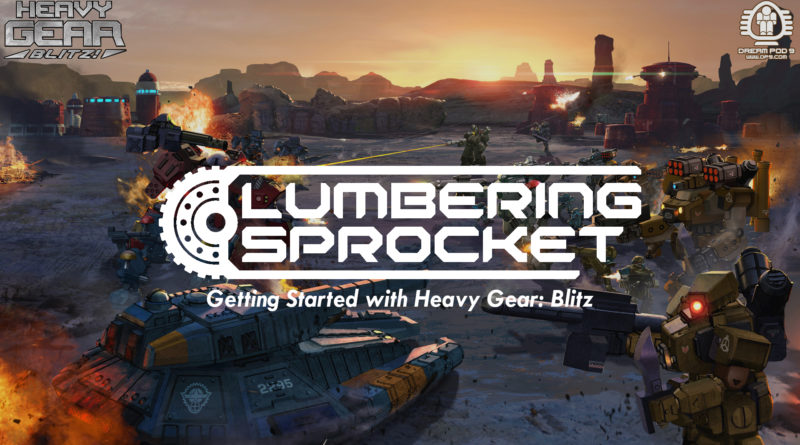 Welcome to the wild and exciting world of Heavy Gear: Blitz! This page was last updated March 16, 2021.

This document is intended to orient newer players, and for veteran players to link their friends (or rivals) to. This is a Living Document. You can get in touch with me at [email protected]_site to suggest changes, additions, or any feedback you might have. Please share this widely with new folks in your community!

We also have a collection of Introductory Articles, which you can find here:

You can also watch our Late Night Wargames episodes on Heavy Gear here:

Some history about Heavy Gear–it has gone through a lot of incarnations and editions.

The real reading starts here though, with the rules and “Gear Grinder,” the unofficial but very helpful army building app/reference tool. The rules are free and available from DriveThruRPG!

A few notes on the rulebook and Gear Grinder:

We’ve even started an Infinity the Academy-esque article series for Heavy Gear, introducing you to the game one step at a time! You can check out the first of the series here:

The factions in Heavy Gear have a lot of history and backstory associated with them. We’ve written a summary article that touches on the main points, but if you want all the rich world building, you’ll have to head to DriveThruRPG and grab the RPG sourcebooks. They’ve won quite a few awards over the years and are a good read.

What to Buy and Build

We recommend buying the plastic starter pack for the faction you’re interested in.

Unlike most other games, the starter pack really is a “good enough” entry into the game. There are a huge amount of variants for the most basic models, and the game really does benefit from WYSIWYG modeling practices for unit identification purposes.

That said, you will be overwhelmed by choice. The basic CEF model, the F6-16, apparently has something like 40 variants to choose from! In practice, there are basically 5 variants, each of which can have various upgrades, which result in an explosion of loadouts:

So really you only need to know the difference between the following variants of F6-16’s:

The increase in variants results entirely from whether or not they have one of the following upgrades:

Here’s some more guidance from Than about how to unpack all the profiles:

Like every other game, you’re going to have to learn what loadouts and unit combinations fit your playstyle. The only way to do that is to play some games, so we recommend doing some combination of the following:

The plastic starter sets come with more models than you’ll need to play the game at most point levels, so you can afford to build various configurations and you won’t have “built yourself into a corner,” so to speak. There’s also no need to buy everything at once, especially if you’re new. You won’t know what you want, and there’s a lot to choose from. Just get the starter box and that will really get you going.

If you were to get one additional thing beyond the starter box, it’d probably be a platoon of infantry–they add a different dimension to the game and one platoon’s worth of models from the store will get you quite a few “bases” or “units” to work with on the table. It’s like $20 USD to tack on some infantry, so it won’t break the bank. You can see how many bases of infantry you can make in the picture below (just the standing metal models, not the jetbikes or plastic power armor infantry):

Your first Heavy Gear game can be played on any flat surface with enough room. Anything 2’x2′ or bigger will be fine, although you’ll want to hit 4’x4′ and 6’x4′ for competitive play. You don’t need to find fancy wargaming terrain to start–literally the contents of your bathroom will probably suffice. You can just put toilet paper, tissue paper boxes, random bottles and so on the table to block line of sight and force your troops to maneuver around them. Once you’ve gotten a feel for the game and want to move to a 4’x4′ or larger table, you may have the the problem of not having enough room!

To solve that issue, all you need to do is go to your local hardware supply store and buy some MDF sheets. Have them cut it into 2’x4′ sections, and then tape the edges with duct tape. Tape the sheets together on the long edge to form a tape hinge. You can easily store the folded up section behind a couch or bookshelf against a wall. Then get a plastic tote to store your fancier terrain and if you really want, you can get a nice neoprene mat from any number of great companies to make your table really pop!

What I’m showing here is a 4’x4′ table topper for games of Heavy Gear at 100TV, but you can easily add another 2’x4′ section with more tape to create a tri-fold 6’x’4 table, stores in about the same space. If you’re looking for ideas on how to make terrain, have a look here:

Dream Pod 9 has official token sets, which you can get if you like the look of them. They’ll eventually be back in stock on store.dp9.com.

Whatever you choose, you’ll need a way to at least track the following things:

There’s lots of other states to track, but Damage and Actions are the two most important ones.

Well, you need to buy in to the game and then assemble your models. Things you’ll need for this:

For the pewter/white metal miniatures, you’ll want to think about the following as well:

I wrote an article on some different pinning techniques, which you can check out here:

The assembly guide is available on Drive Through RPG (for free), here:

We’ll be writing more about this soon, but for now, ask on the Facebook or Discord for some help from experienced players! There’s also various Tabletop Simulator mods in development, which can be used in COVID times.

D-RON over at the Heavy Gear Cast has put together this great video on the gameplay mechanic basics, which you can check out here!

Kayuna is a huge Heavy Gear personality and has been actively involved in the community for years! He makes some pretty awesome 3rd party STLs for Heavy Gear, which you can find on his Game Mini Garage Patreon here:

You can check out some excellent fan sites as well. They’re in Japanese, but I’m told they’re excellent! 🙂

Thanks for reading! Check back here at Lumbering Sprocket for more content about getting into Heavy Gear: Blitz!