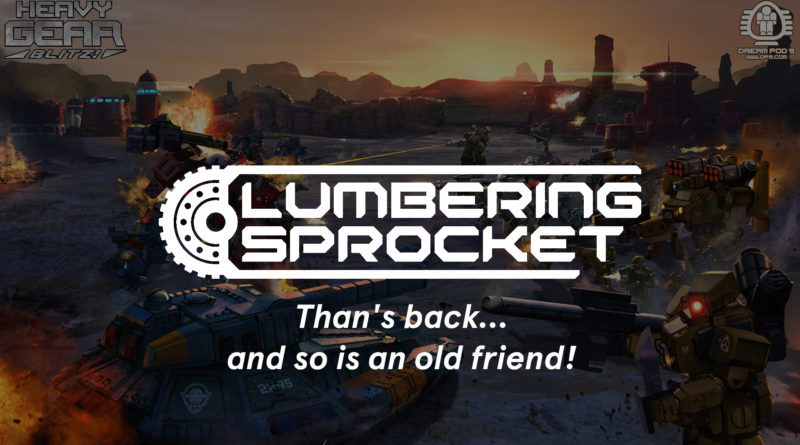 After a long jumpgate delay and longer operation with the Black Talons abroad (which does not officially exist) I am back with more articles for Heavy Gear Blitz. But that isn’t all I have to announce…

Players of Blitz might not know that Heavy Gear started as a combined Role-playing and tactical game back in the 90s. The Role-playing side has been dormant for a long time.

Here is part of the official announcement from Dream Pod 9:

“ In 1995, Dream Pod 9 first published Heavy Gear and the Silhouette system. Having matured through the second edition in 1998 and the third edition in 2003, the time has finally come for us to unveil the Open Beta Playtest for 4th Edition. We have been working on this for over a year and are excited to finally show it off to the public. We would like to extend a special thank you to our closed Alpha and Beta testers for all their time and effort working with us on this project and of course the fans who have waited nearly 20 years for this. This Dream Pod 9 forum thread has been updated with the 4th Ed. RPG Open Beta documents so everyone can take a crack at the new edition. We look forward to seeing you on Terra Nova again.”

You can find the full announcement, as well as how to take part in the open beta and get the rules on the Dream Pod 9 Forums at this link:

And I’m also co-writing it…

Ok, I’ve had to sit on this for a while, and it has been hard not to share all the exciting content and rules we have planned, but I’m now able to share a bit about the project. As one of the three main writers of the 4th Edition Heavy Gear RPG I’m going to have occasional articles about the new system throughout the Beta Playtest. You can think of these as Dev blogs, or intro guides just like I write for Blitz. Don’t worry though, I’ll still have lots of Blitz content coming your way too, starting next week.

Until then, stay frosty, and save your rerolls.