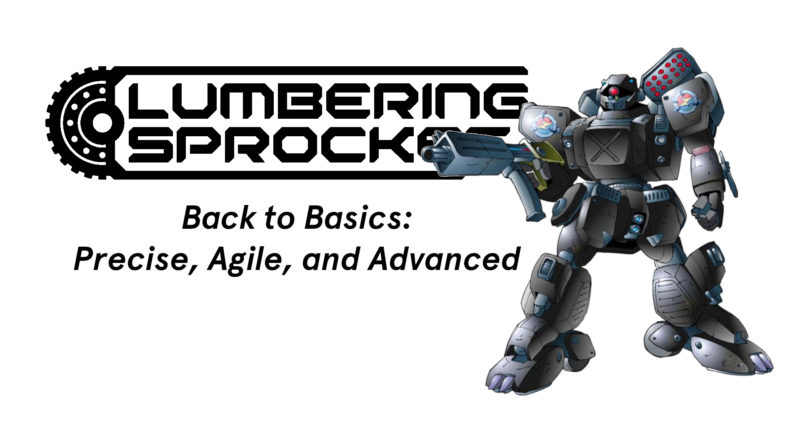 Most die rolls in Heavy Gear Blitz are fairly straight forward. You calculate your pool of dice (two by default) and roll at the listed skill for the unit. However, a few traits will adjust the roll after it has been made. Two of these traits Advanced and Precise add +1 directly to the result of the roll while Agile effects ties. Let’s talk more about these skills and when they are useful.

While it can seem like adding +1 to the result of a roll is an overwhelming advantage, the odds don’t entirely bear this out. In general each +1 is worth about the same as an additional dice. Note this is not considering a +1 to a unit’s skills, only to the final result, which is why these traits are tagged as

“+1R” (the R for Result). In the case of addition +1 to a skill, how much of an impact it is will depend on the skill and number of dice rolled. Today though we are only talking about traits that impact the result of the roll, not the target number of that roll.

Tackling the easiest first, Agile means that this model wins ties when defending against attacks. In effect a MoS 0 becomes a MoF 1 (meaning the attacker misses). It is found mostly on light gears who would often be crippled by a high damage hit even at MoS 0. You can also add Agile to a duelist, which at 1 point is often worth the investment. Since the average dice pools in Heavy Gear don’t tend to go above 4 dice or below 2, Agile translates into a little more than +1d6 worth of defensive ability. When choosing between two light gears, consider whether Agile will be worth the investment. On ECM or support gears likely to be spending a lot of time hiding in the back field, it can be worth skipping the trait. Conversely, anything that is expected to be up in direct contact with the enemy or skating around out of cover is going to want that added defensive reliability.

These rules both add +1R (so +1 to the total dice result). While Precise adds the bonus on all attacks, Advanced weapons only do so when in optimal range. Advanced is mostly found on weapons like lasers, particle accelerators, and rail guns. Precise can be on lasers and rail guns, but also on any rifled weapons to account for sniper systems. A few weapons, such as Laser Cannons, have both. In any case, these weapons help whenever you are going against an opponent with more defensive dice or a higher PI skill than you. If you can’t stack dice, they simply give a reliable buff to help you compete. Weapons like the Laser Cannon though have a special place. For example, compare these Jaguars below.

Statistically speaking, if they are both in optimal range, the Sniper Jaguar will do a little more damage. However, the added result of the Flash Jaguar means it is more likely to hit in the first place. Against fast moving low armor targets like bikes or scout gears, this can matter a lot, especially if they have Agile!

Duelists With Precise and Agile

It’s worth noting in this article that a duelist can be upgraded with Crack Shot to gain Precise, or Push the Envelope to have Agile (on any vehicle without Lumbering). Push the Envelope is so cheap, that it is almost always worth it for any +4 PI or better gear. Crack Shot can add some weird interactions with some weapons. For example, Precise AoE attacks can be very interesting with field mortars that want to hit lots of models and fish for a 6. This is also true for high damage attacks lacking burst, that often just need to achieve a hit to cripple a trooper gear.

While bonus dice for cover, elevation, or flank shots are common, they are less predictable for any given match up and board. The traits we have covered above provide some reliable “always on” bonuses. They are something you can build for when you know you have a weakness in your list, or want to exploit it’s strengths.