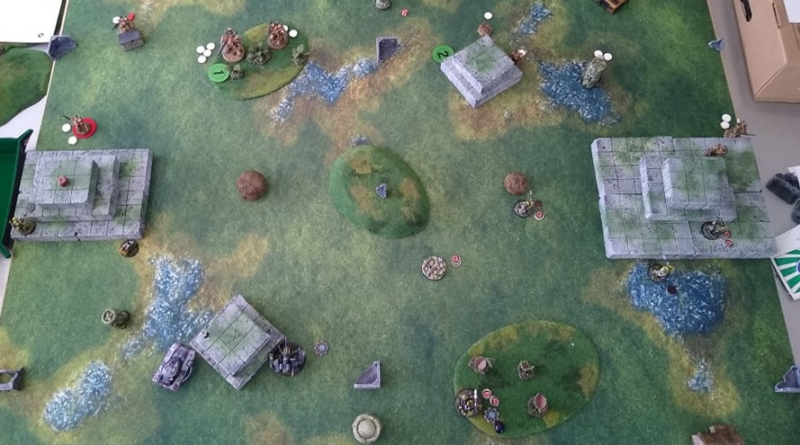 My plan was to put the heavies in the center in cover by the stone blocks and kill stuff while taking sectors closest to me, and use everything else to push forward in to the other sectors.

Phil makes sure he has babysitters for his Hold markers while putting Gears on the flanks to go around the blocks and get some sectors. His heavies sit back in area terrain for Fire Missions and general fire support. (I think his group on left is too bunched up)

First off, we had the following house rules in effect:

In closing I’d like to say that it was a lot of fun. The game in general seems to be in a good spot for the most part, it’s very playable, moves relatively fast and has a TON of options available without feeling clunky. The interplay of Electronic Warfare and Communications based mechanics is really cool, and generally I think they did a great job of streamlining it, although Phil and I think Satup seems a bit anemic, although if it’s free in terms of TV cost, then maybe it’s not an issue.

I hoped you enjoyed this report, thanks for reading.