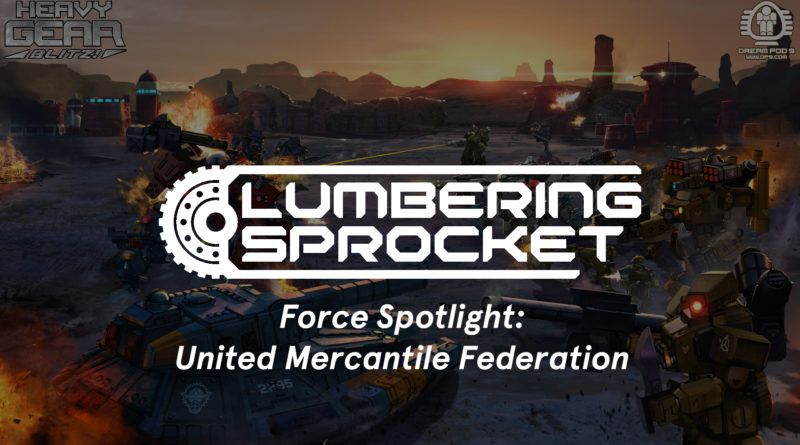 Controlled by corporations, the United Mercantile Federation (UMF) is an experiment in corporate democracy. Votes are literally for sale and employees expected to take their companies concerns as closely as their families. In fact, the UMF is literally a for profit corporation that is paid by the government. They supplement this income with media, public engagement and other product sales.

A knock on effect is a well funded local government that always has its shareholders in mind. The UMF tends towards more social freedoms and secular power than other northern leagues and has the highest population of the minority Jerusalemite faith within its borders, an occasional clash point the the dominant Revisionists of the CNCS. The UMF is the center of northern technological and industrial advancement. This allows the league to gain out-sized influence within its local politics and even make backdoor deals with other leagues.

The UMF operates as a very professional military force. It can expect access to the best tech and well trained troops operating well maintained machines and some top of the line electronics. Their troops are well accustomed to combat in mountainous regions and works to use these natural choke points to their advantage. The UMF is also unafraid to fight dirty, having made use of chemical weapons or even limited nuclear strikes in the past against the CEF invaders. They have some of the most skilled electronic warfare units and hackers anywhere on Terranova.

Any commander in the force may purchase the vet trait for 2 TV without counting against the veteran limitations.

This trait is often worth considering. Remember that Veteran grants a Skill Point to a model, and if that model is a commander it instead becomes a Command Point, so you are buying extra orders.

Tigers and Weasels may be used in any unit regardless of that unit’s UAs. Tiger variants are not limited to 1-2 models of that variant and may be selected an unlimited number of times.

This allows for broad deployment of the budget medium trooper Tiger and top of the line EW gear Weasel anywhere in the force. Also note that because these can be used in ANY UA you can create some interesting options such as an all Tiger unit with the UA of RC or SF allowing it to use special deployment options.

1 model per CG may purchase the EW Specialist vet upgrade without being a vet.

With broad access to the Weasel and Tattletale Weasel, you have plenty of places to put this upgrade and assure technical superiority with expert FO rolls or ECM Jamming against your foes.

Three gears with the climber trait may be added to any unit regardless of that unit’s Uas.

The Lion and Leopards come most to mind for this. Again note this is for any UA so it can let these models tag along with different forms of special deployment.

Double the number of times a CG may purchase grenade, shaped explosive, and panzerfaust upgrades.

A bit corner case, but for a close assault minded combat group this might come in handy.

SUs may have two UAs to select from instead of one.

This trait allows even more flexibility in design assuring you can bring the tools you need for any mission without having to devote an entire combat group to them.

UMF have a wide array of possible builds with expanded access to Tigers. While not as good as the Jaguar the price tag of the Tiger along with its equivalent shooting makes it a fine medium trooper gear. Expert Prospectors allows you to make use of Lions, Leopards and other climber gears which are ideal for ambushes and hit and run warfare. The Well Dispersed trait allowing two UA for each SU also means you can bring along almost anything for your forces helping you to plug holes in your build or enact more complex strategy.

Another area of focus is C3 warfare with strong commanders and wide access to ECM and hacking. The ability to put a Weasel with its ECM+ in any combat group regardless of UA means you can (and probably should) always have ECM defense active. You can further upgrade them to EW specialists without the unit having to be veterans allowing you to use offensive hacking to haywire enemy heavy hitters.

Overall, the UMF best makes use of its troops when it protects its assets with ECM and exploits Tigers for squads of 3+ Gunnery trooper gears. It’s mountaineering groups allow you to have mobility on the field, spring ambushes, or to retreat to safety after launching an attack. Finally, you are free to bring along whatever support you need to finish the mission. Compared to the other northern leagues you may miss out on Melee prowess of the NLC or the swarmy, high speed assault of the WFP. But the UMF it has the best soldiers money can buy, and if you use your tools well, they can be a very effective force.